The team at LDS includes experienced researchers, all with a deep understanding of surface and colloid science, and profound knowledge of liquid formulations. Their combination of expertise, innovative spirit, and passion for science enables our achievements and novelty in the world of delivery systems. The company’s lead team includes: 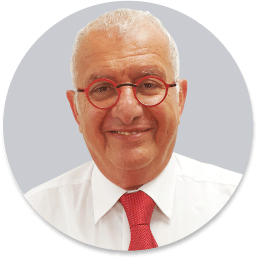 Prof. Nissim Garti is the founder of Lyotropic Delivery Systems (LDS) and has been its CEO 2013-2021. He brings an incomparable track record of expertise on nano technology  dispersion systems, and emulsions crystallization and interfacial phenomena, hydrocolloids, fats, and oils. Prof. Garti’s background includes over 40 years of ‘product-oriented research’ at the Casali Institute of Applied Chemistry, at the Hebrew University of Jerusalem, and as consultant to global companies.
He was twice the director of the Casali Institute and the Center for Applied Chemistry, served as a director of the School of Applied Science and Technology, and is presently a member of the Nano-Science Center of the Hebrew University. His name appears at the “Innovators Way” pavilion at the Hebrew University of Jerusalem, where innovations that have brought benefit to humankind and to the general quality of life in a variety of areas are displayed, alongside such luminaries as Prof. Berenholtz, the inventor of Doxil, and Prof. Rosin, who invented Exelon. Prof. Garti has received and been nominated for many international awards for Surfactants in Solutions (SIS), Colloids and Interactional Sciences, Food Structure, and Crystallization Phenomena of Fats and Oils (AOCS Awards). His books on various aspects of molecular architectures, self-assemblies, food science, double emulsions and crystallization phenomena, as well as other related topics, are considered prestigious textbooks for experts in the fields worldwide.

Dr. Garti-Levi joined LDS in 2015 and leads the innovation, research, and development efforts of the company. Her academic training includes a bachelor’s and master’s degree in molecular and cellular biology from the Hebrew University in Jerusalem. She obtained her PhD from the Hadassah Medical School of the Hebrew University, specializing in the field of microbiology and genetics. She is the author of multiple scientific papers and inventor of several patents. Dr. Garti-Levi is also responsible for all international relations regarding LDS’s global company collaborations and consults on the pre-clinical and clinical stages of our various ongoing projects. 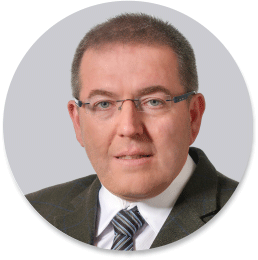 Dr Rotem Edri join the company in 2015 as a PhD student and responsible for the Ananda project related to novel formulation for cannabinoids. Rotem received her PhD degree in 2020 and was appointed as the CTO and lab manager of the company with full responsibility of all the company projects. Rotem has extremely extend knowledge of clinical and physical process related to dispersion, emulsions, liquid crystals, and nanotechnology. 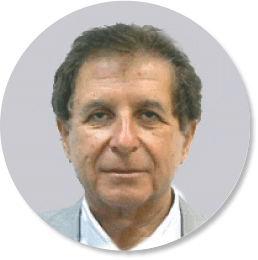 Shaya Kramer is the CEO and the main shareholder of Peerless Foods, which started in the 1950s in Melbourne, Australia. Over the years, the company’s small refinery was upgraded and expanded with state-of-the-art technology and systems. By the 1980s, Peerless had diversified its operations from tallow to other edible fats and oils, including margarine. The company continued to expand into various markets by introducing value-added processes and efficient packaging operations, developing a number of retail and foodservice brands. Today, Peerless Foods provides branded and private-label packaged oils, spreads, margarines, and shortenings to five major segments of the market, including retail and food service worldwide.

Prof. Holmberg is Professor Emeritus of Surface Chemistry at chalmers from 1998 to 2016, and 1991-1998.
He also directed the institute for Surface Chemistry in Stockholm, a research institute with more than 80 industrial members from around 10 countries. He spent 15 years in the pharmaceuticals and the chemical industry, including several years as Research Director of the surfactants company Berol Nobel.

Through the years he has supervised 18 PhD students and many postdoctoral fellows. He has published 320 papers in peer-reviewed journals, and written or edited 7 books.

Mr. Lawrence Gozlan currently serves as the Life Sciences Investment Manager at Jagen Pty Ltd, an international private investment organization. Mr. Gozlan was responsible for the largest Life Sciences investment portfolio in Australia, as the Portfolio Manager at QIC (Queensland Investment Corporation),
an investment fund with over AU$60 billion under management.
Mr. Gozlan was previously the senior biotechnology analyst at Foster Stockbroking and advised numerous life sciences companies in corporate finance at Deloitte. Mr. Gozlan is a board member of several public and private healthcare companies and has presented at numerous international life science conferences.

Prof.  Ottaviani is Professor Emeritus at the Universities of Folrence and Urbino Italy.
Her main fields of expertise are the characterization of liquid-liquid bio-interfaces, mainly as drug carriers, and their interactions with the bioenvironment, as well as solid-liquid hybrid interphases all studied using the unique technique of Magnetic Resonance Techniques.
She has been working as Senior Associate Scientist at the Department of Chemistry, Columbia University, New York, since 1991. She collaborates with several foreign universities and researches around the world. She is the author of 235 peer-reviewed papers in international journals.

Dr. Alejandro G. Marangoni is a Professor and Tier I Canada Research Chair in Food, Health and Aging at the University of Guelph, Canada. He holds few titles including FRSC, FAOCS, FIFT, FRSC (U.K.). He is Fellow of the Royal Society of Canada, the National Academy of Sciences (2018).

His work concentrates on the physical properties of lipidic materials in foods, cosmetics and biolubricants. He has published over 400 refereed research articles, 85 book chapters, 18 books, and over 40 patents.  He is the recipient of many awards including the 2013 AOCS Stephen Chang award, the 2014 IFT Chang Award in Lipid Science, the 2014 AOCS Supelco/Nicholas Pelick Award, the 2015 ISF Kaufmann Medal, the 2017 AOCS Alton E. Bailey Medal, and the 2019 European Lipid Technology Award from Euro Fed Lipids. Marangoni is the Editor in Chief of both Current Opinion and Current Research in Food Science. He has trained over 100 students, many occupy positions of importance in the academe and industry, including 14 professors at major North American universities.